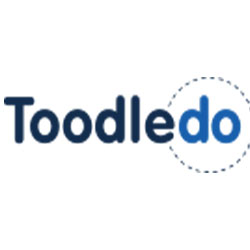 Ability to have the completion of one task lead to the start of another task. Would also need the abillity to either link tasks or sort in the required order

+1 this is a really critical feature. I'm exploring asana or other tools to move away from toodledo b/c I really need this feature

How many times have I wanted this feature?! Great idea!

This would be a fantastic addition (option to set task dependencies, i.e. predecessors & successor tasks). Any delivery estimate? Tks!

Is there any ETA on this??

Unfortunately I can't wait any longer for this feature. Have used Toodledo for years - sad to go but moving on to "My Life Organized" today

This is what I miss most from Wrike. I don't need a full PM tool. But I I would love completion of one task automatically spawn the next, hiding the next action until their preceding tasks are complete.

Glad to see this is happening: this is the single feature that has sometimes made me consider switching to another tool (MeisterTask).

Further down the line, a graphical interface such as that found in Taskheat would be incredible.

a
aaron
in progress
J
Justin

@aaron: Is there any way to know the status of this request? I have been anxious for this change. I wanted something like it for years.

I'd like to add my voice to this - which I see is now a planned development - excellent news!

This will be a big BIG step forward for me and will massively help my productivity. Thanks a lot for everyone involved in the request and the implementation.

My only additional contribution would be to have some way of having the dependent tasks be capable of being "hidden" until such time as they are "do-able" - ie, hidden until the task on which they are dependent is completed.

There are a lot of ways to make this complicated (and thus unlikely to be implemented in the foreseeable future). But consider the following fairly modest proposal, which has a major goal of minimizing (ideally, reducing to zero) disruption to existing functionality and tasks that have already been entered in existing accounts.

1. Implement the ability to link one task (TASK1) to another one (TASK2) upon which TASK1 is dependent. Note that this form (i.e., direction) of linkage would support the essential feature of having more than one "Task1" to be linked to a single "Task2". It also allows the user to reverse the state of dependency for dependent tasks.

(The simplest approach is simply to add "DORMANT" to the set of values for 'Status', but creating a new binary attribute [i.e., either present or not present] would completely avoid effects on current data and users who may currently 'Status' in a personalized way.)

3. "DORMANT" tasks are simply ignored while in that state.

4. When TASK2 is completed, clear the DORMANT state of instances of TASK1 linked to it. At that point the previously 'dormant' tasks simply return to their normal existence and are processed as usual.

5. In the event that an instance of TASK2 is deleted, rather than completed, the user should be given the option to delete the tasks dependent on TASK2 or to clear the DORMANT state of dependent tasks.